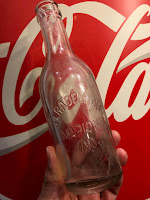 In 1918, Rademaker acquired the franchise to bottle Coca-Cola in Grant County and for the next seven decades, Coca-Cola was produced in a 2-story frame building at 101 East 17th.

After four generations of bottling Coca-Cola in Marion, the business was sold in late 1985. Coca-Cola Bottling Company in Marion, Indiana closed its doors in May 1986 as Coca-Cola celebrated its centennial. 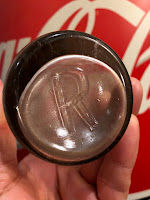 This is an interesting Friday Day of Issue Cover (FDC) with a Coca-Cola bottling company envelope.  The cover is addressed to the young bottler Joe who was 14 years old at the time.  His father J.T. had passed away 2 years earlier.

I wonder if Joe was a stamp collector himself or if someone in the family or an associate of the Coca-Cola bottler had sent away for the First Day of Issue cancellation on the company stationery.

The address 1810 S. Boots is just 2 short blocks from the bottling plant at 17th & Washington.  Was it the Rademaker residence at the time?